In the aftermath of the Russian Revolution and the First World War, Corto Maltese is engaged by the Red Lanterns - a Chinese secret society made up entirely of women - to find an armored train laden with gold that belonged to the last Russian Tsar, Nicholas II. They aren't the only ones lusting after the treasure. 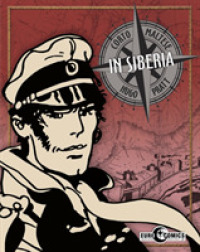