We can’t save the world if we don’t care about the world. Visual imagery plays a huge role in helping us to care about what is happening around us. Endangered is an experiment by award-winning photographer Tim Flach in how and why we connect emotionally to other forms of life through visual imagery.

Through Tim’s extraordinary up-close photographs, we see:
- The last of the white rhinos – there are only three left in the world: two females incapable of carrying a child and one male with low sperm count
- The majestic swarms of the Monarch Butterly, whose milkweed crops are being destroyed by herbicides
- The Lord Howe Island Stick Insect – an extinction success story! Thought to be extinct in 1920 after rats from a wrecked Glaswegian cargo ship made it to shore and caused chaos on Lord Howe Island. A tiny colony of 24 specimens was discovered on the tiny rocky outcrop of Balls Pyramid in 2001 and has now been saved in the Melbourne Zoo.

We also learn that:
- Bees are worth 300 billion USD to the global economy
- 100 million sharks are killed for their fins every year
- Some fast-growing coral can recover from damage within 10-15 years, if given a chance...

This immense book is a staggeringly beautiful siren call to connect people with nature. 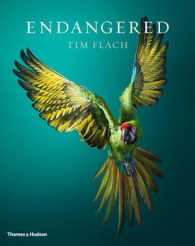 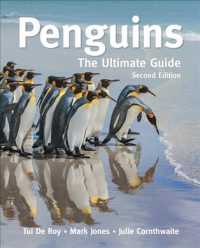