Life and Times of Martha Washington in the Twenty-first Century, the (second Edition) -- Paperback / softback [Paperback]

Follows the life of Martha Washington, a young girl who rises from the war-torn streets of Chicago to battle injustice in a corrupt world takes her to the frontlines of the second American Civil War in space. 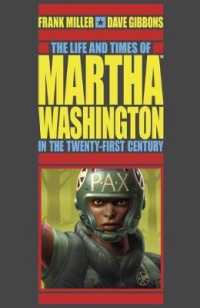