Based on a dialogue between Bhagavan Krishna and Prince Arjuna on the eve of a great battle, it is held to be the essence of Hindu spirituality, sacred literature and yoga, as well as exploring the great universal themes of courage, honour, death, love, virtue and fulfilment. 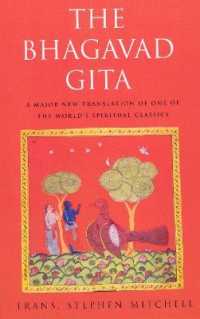