The battle for Stalingrad became the focus of Hitler and Stalin's determination to win the war on the eastern front. But the eventual victory of the Red Army, and the failure of Hitler's Operation Barbarossa, was the first defeat of Hitler's territorial ambitions in Europe, and the start of his decline. This book deals with this battle. 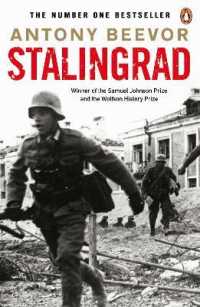