DAILY MAIL, GUARDIAN AND OBSERVER BOOKS OF THE YEAR 2017 Winner of the 2018 PEN/E.O. Wilson Prize for Literary Science Writing Shortlisted for the 2018 Wellcome Book Prize Shortlisted for the 2018 Wolfson Prize The story of a visionary British surgeon whose quest to unite science and medicine delivered us into the modern world - the safest time to be alive in human history In The Butchering Art, historian Lindsey Fitzharris recreates a critical turning point in the history of medicine, when Joseph Lister transformed surgery from a brutal, harrowing practice to the safe, vaunted profession we know today. Victorian operating theatres were known as 'gateways of death', Fitzharris reminds us, since half of those who underwent surgery didn't survive the experience. This was an era when a broken leg could lead to amputation, when surgeons often lacked university degrees, and were still known to ransack cemeteries to find cadavers. While the discovery of anaesthesia somewhat lessened the misery for patients, ironically it led to more deaths, as surgeons took greater risks. In squalid, overcrowded hospitals, doctors remained baffled by the persistent infections that kept mortality rates stubbornly high. At a time when surgery couldn't have been more dangerous, an unlikely figure stepped forward: Joseph Lister, a young, melancholy Quaker surgeon. By making the audacious claim that germs were the source of all infection - and could be treated with antiseptics - he changed the history of medicine forever. With a novelist's eye for detail, Fitzharris brilliantly conjures up the grisly world of Victorian surgery, revealing how one of Britain's greatest medical minds finally brought centuries of savagery, sawing and gangrene to an end. 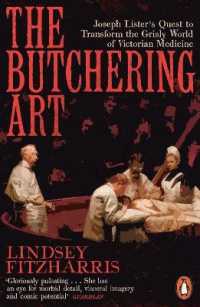 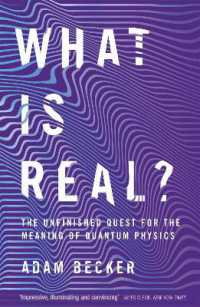