The Zoo: The Wild and Wonderful Tale of the Founding of London Zoo [Hardcover]

How one man's mad mission became one of the best-loved places in the world The creation of a zoo in Dickensian London - when only one other existed across the world - is a story of jaw-dropping audacity. It is the story of trailblazing scientists, rival zookeepers and aristocratic naturalists collecting amazing animals from all four corners of the globe. It is the story of a weird and wonderful oasis in the heart of a swirling city, and of incredible characters, both human and animal - from Stamford Raffles and Charles Darwin to Jenny the orang-utan and Obaysch the celebrity hippo, the first that anyone in Britain had ever seen. Against a background of global Empire, domestic reform and industrialisation, this is a new history of a new world. 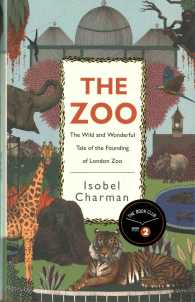